I might have mentioned it before, but I'm a very visual person - I learn best via images or watching someone do something. Unless it's math. I could watch that all day long and it will always be dark sorcery to me. But anything else? I'm good.

When I first started writing, I discovered that the same was true for plotting. I tend to think in pictures and it's easier for me to capture the basic story arc in images rather than words. One afternoon, I was flipping through one of the many catalogs that had piled up in my mailbox and I saw an image that brought to mind the story I was trying to plot. Immediately, I started making connections I hadn't thought of before and took notes. But I also looked for other images that fit into my story. I ended up making collage pages.

It helped to look at the images before I started writing - especially if I'd been away from my story for a while and was having trouble settling back in. Now that Pinterest exists, I tend to rely on that as opposed to cutting pictures out of magazines or catalogs, but there's still something satisfying about busting out the scissors and glue stick.

Here are a couple of pages from past stories. 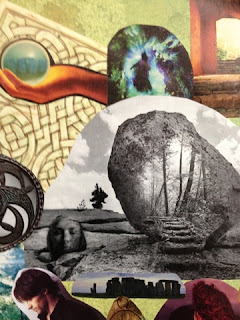 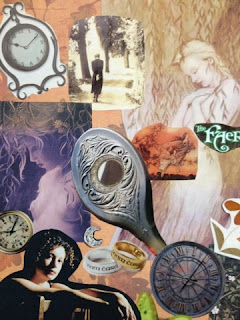 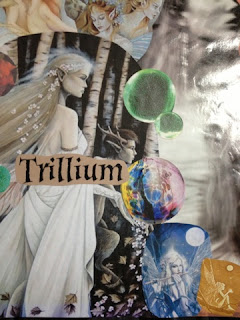