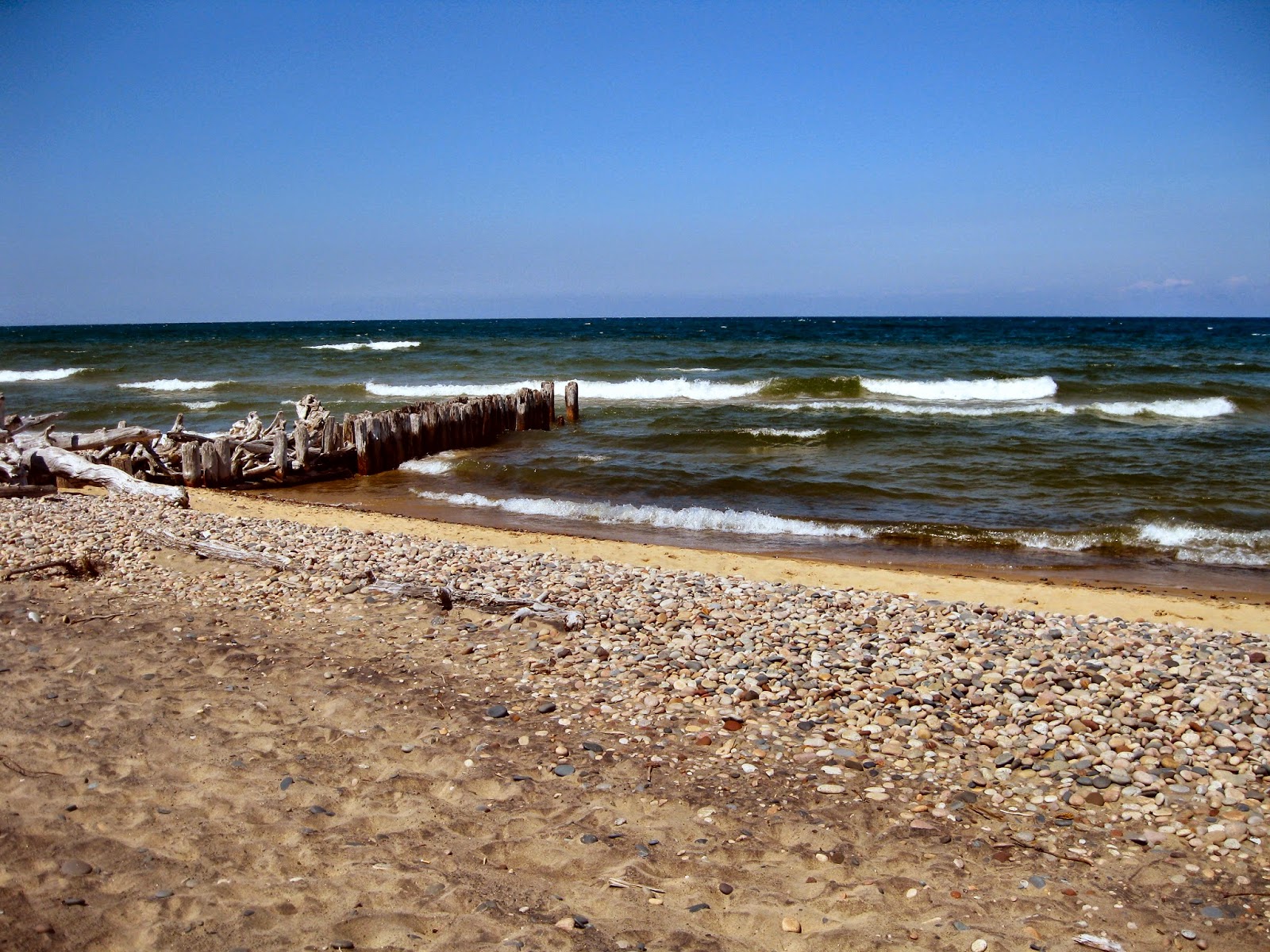 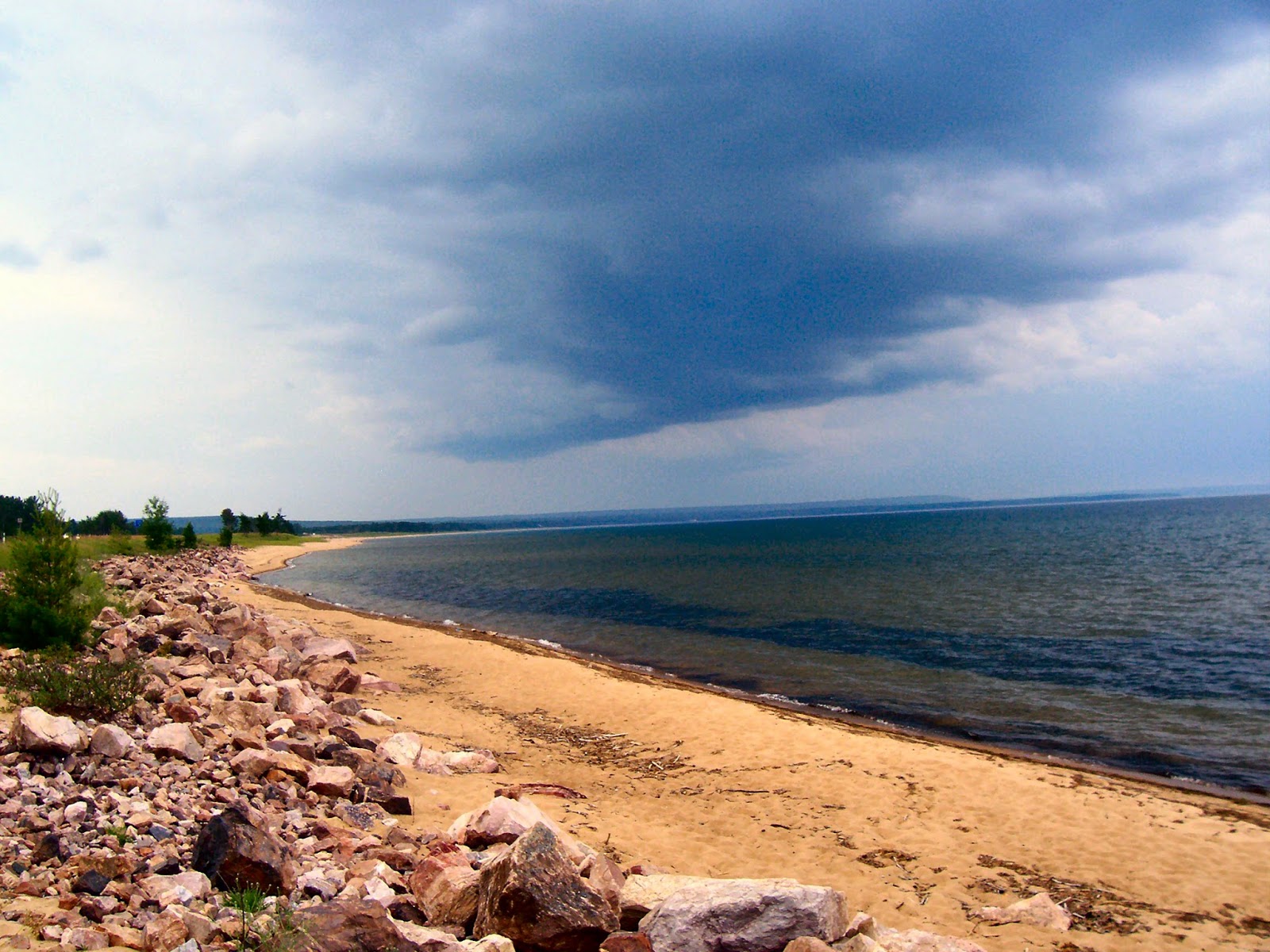 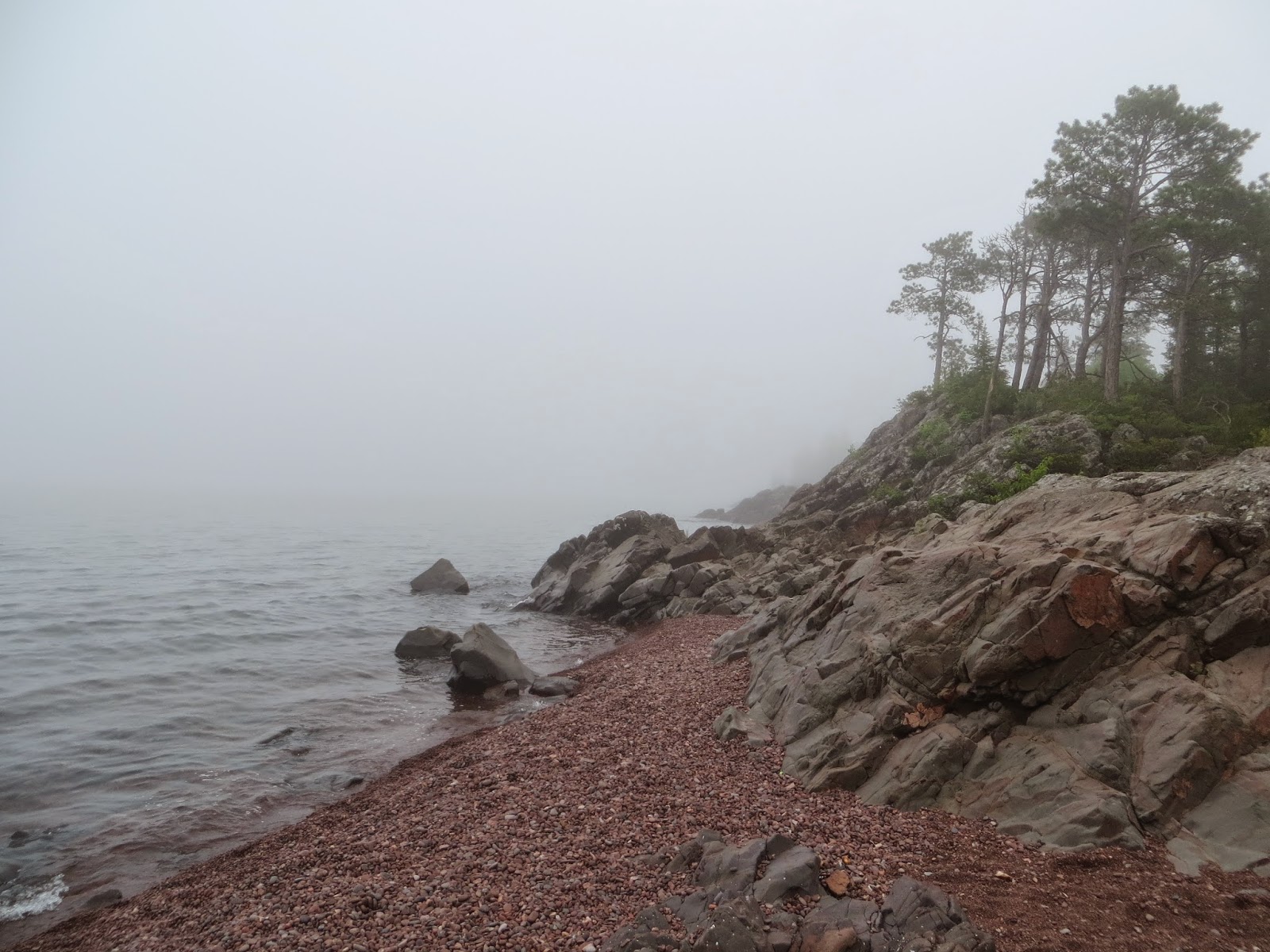 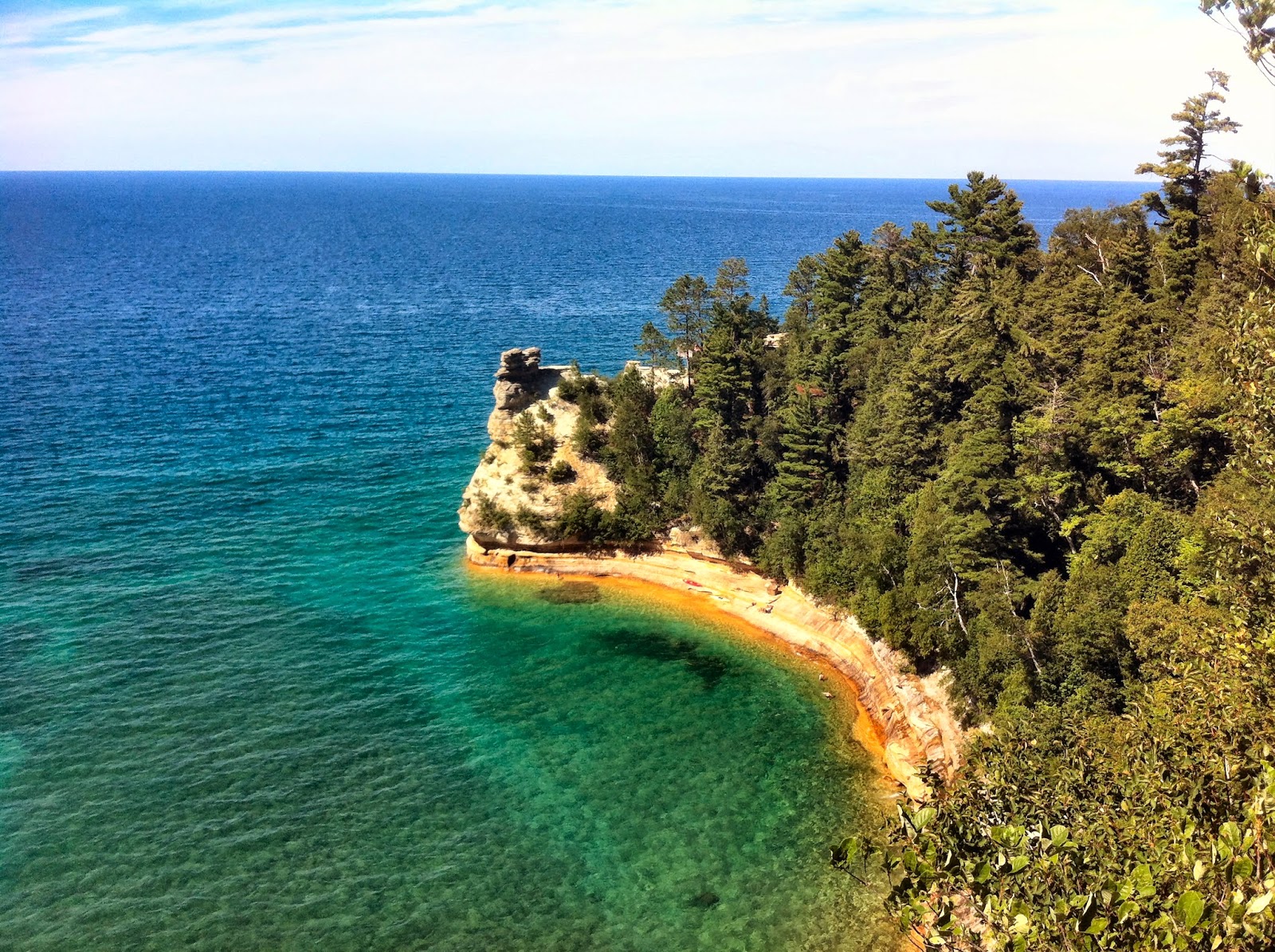 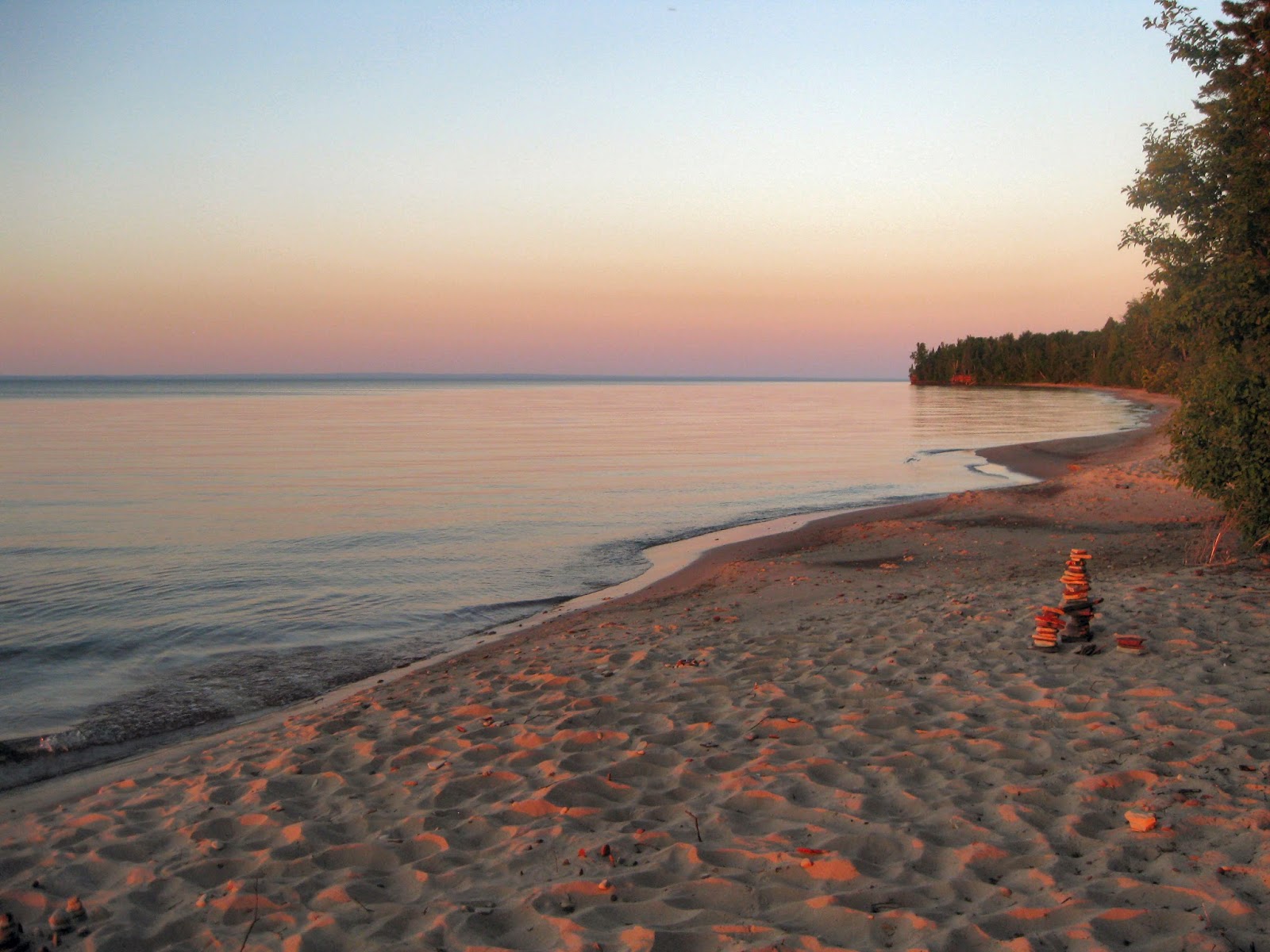 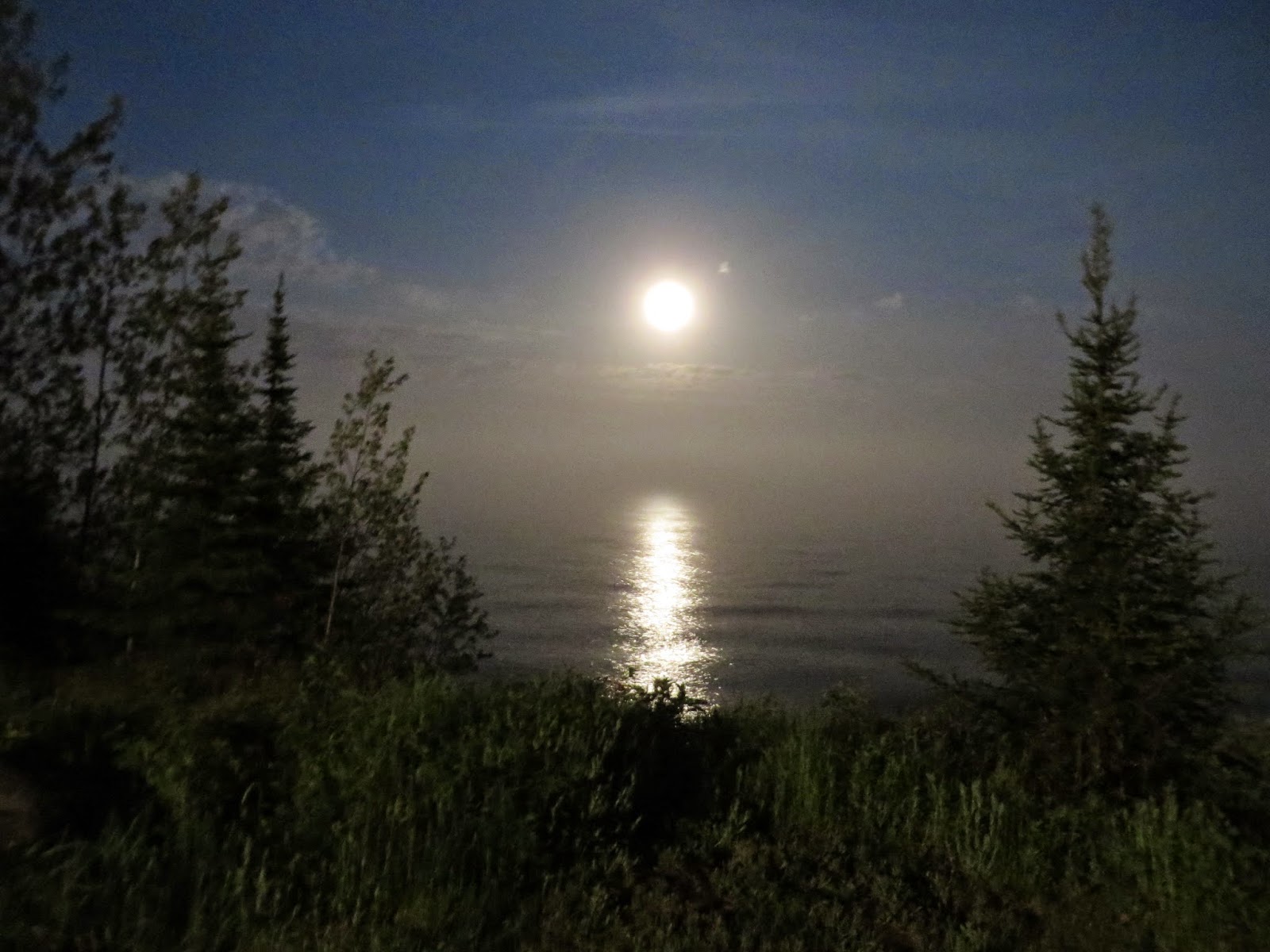 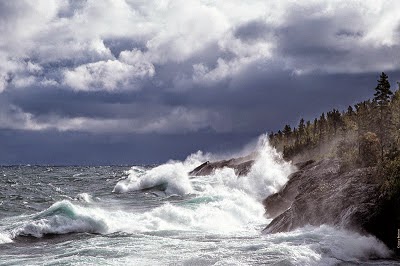 Posted by Chris Allen-Riley at 7:55 AM 2 comments:

I can't believe it, but release day for EVENTIDE is less than ten days away! And, right now, it's up for pre-order at both Amazon and Smashwords!

I received the print proof in the mail the other day, and it looks fantastic!

I've got a shiny new book trailer that I'll be sharing on Monday, as well as a blog tour and school visits scheduled.

Now, if I could just get these allergies to stop trying to kill me, things would be great. *blergh*

I'm off to take more Benedryl, so in the meanwhile, here's a picture of the print version! 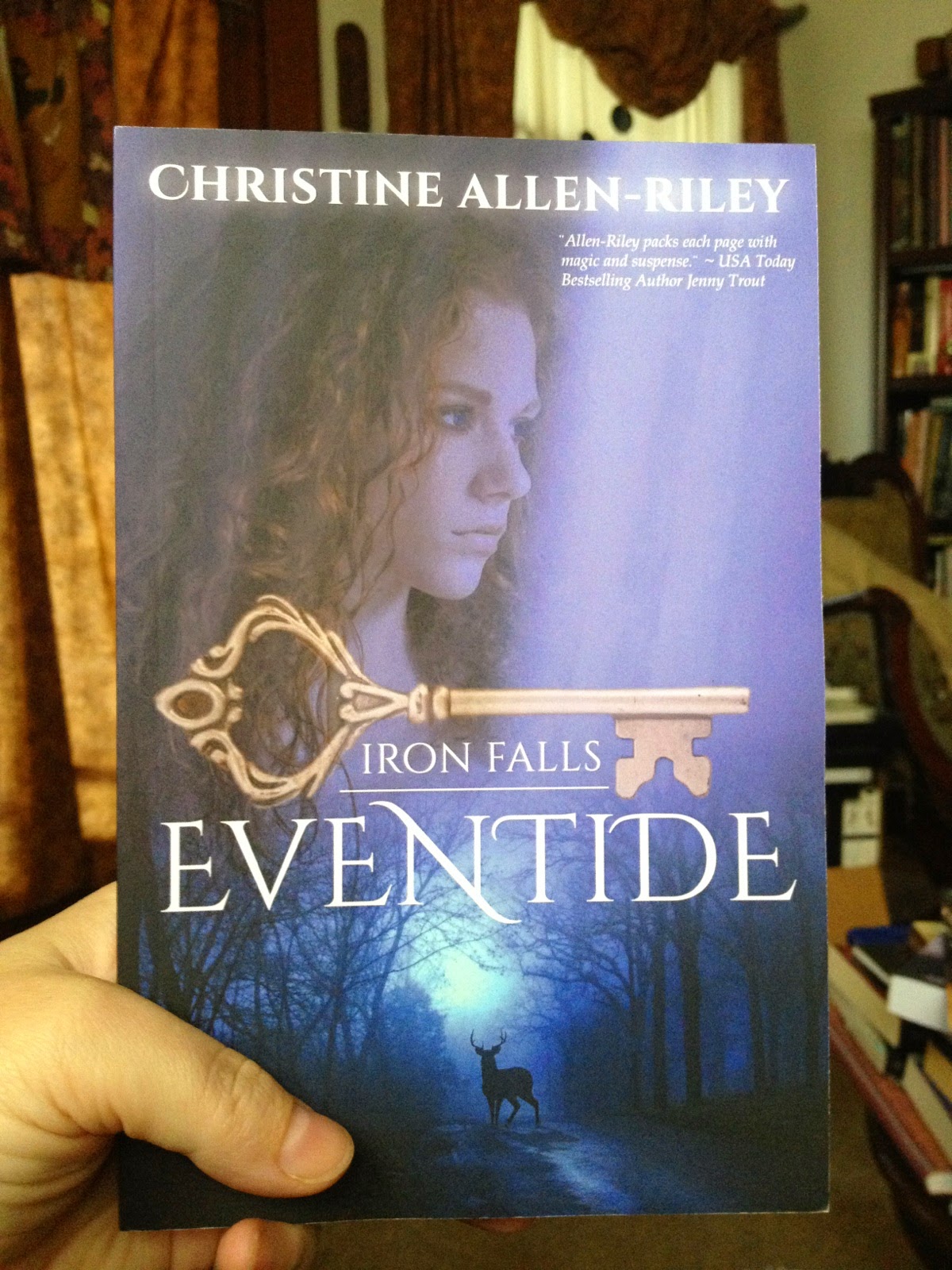 Email ThisBlogThis!Share to TwitterShare to FacebookShare to Pinterest
Labels: allergies are trying to kill me, Eventide, news 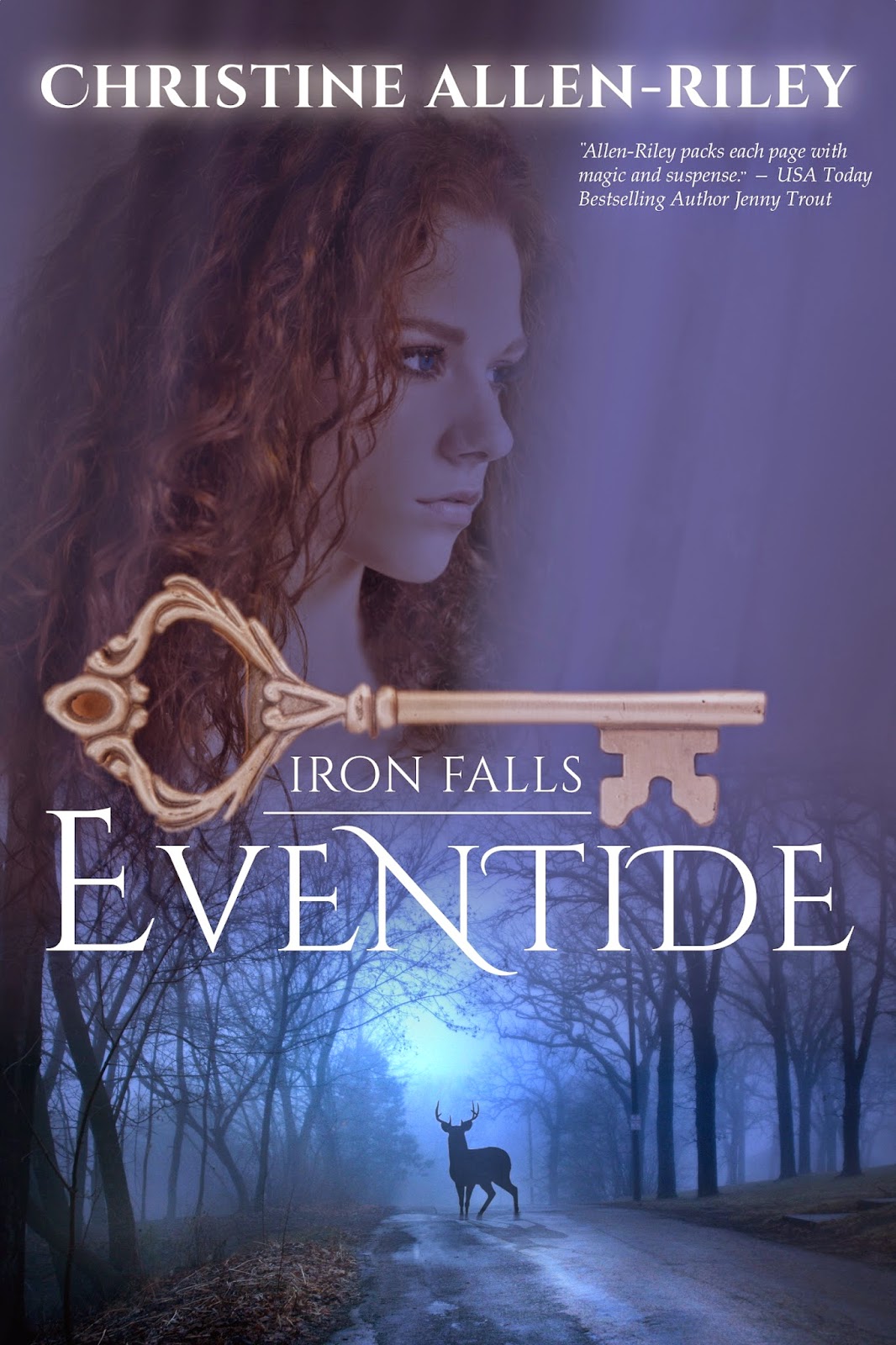 The driver in a tragic
car accident that killed her best friend, Devon Greer is consumed by guilt.
When powerful hallucinations convince her that she’s seeing Rachael everywhere,
Devon thinks she’s going crazy. But her friend isn’t truly gone.
To save Rachael from the faeries who stole her, Devon must pit herself against
the Court of the Sidhe. Once she witnesses the true form of the fey, Devon’s
life is in danger—and so are the lives of everyone she loves.
Now, Devon must not only protect herself, but also Jonah Seafort, Rachael’s
cousin and the only person Devon can trust to help her. While the Sidhe walk
among them, no one is safe…
Posted by Chris Allen-Riley at 6:45 AM No comments:

The Garden of Tasteless Statuary

I've been a terrible blogger, but I am trying to be better at it. In show of good faith, I'll share some pics of things that have happened lately. Like say, this ill conceived trip to The Garden of Tasteless Statuary. 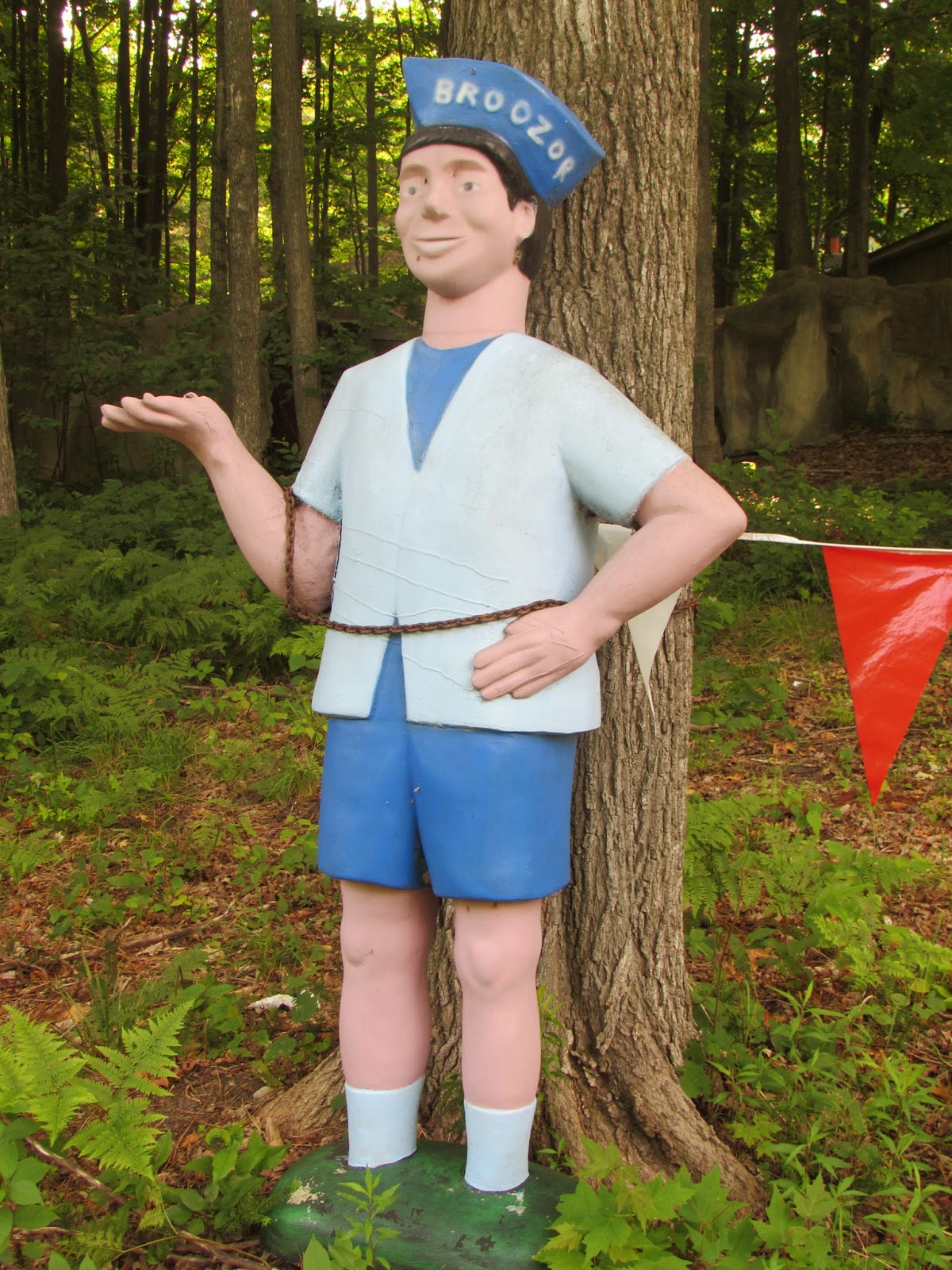 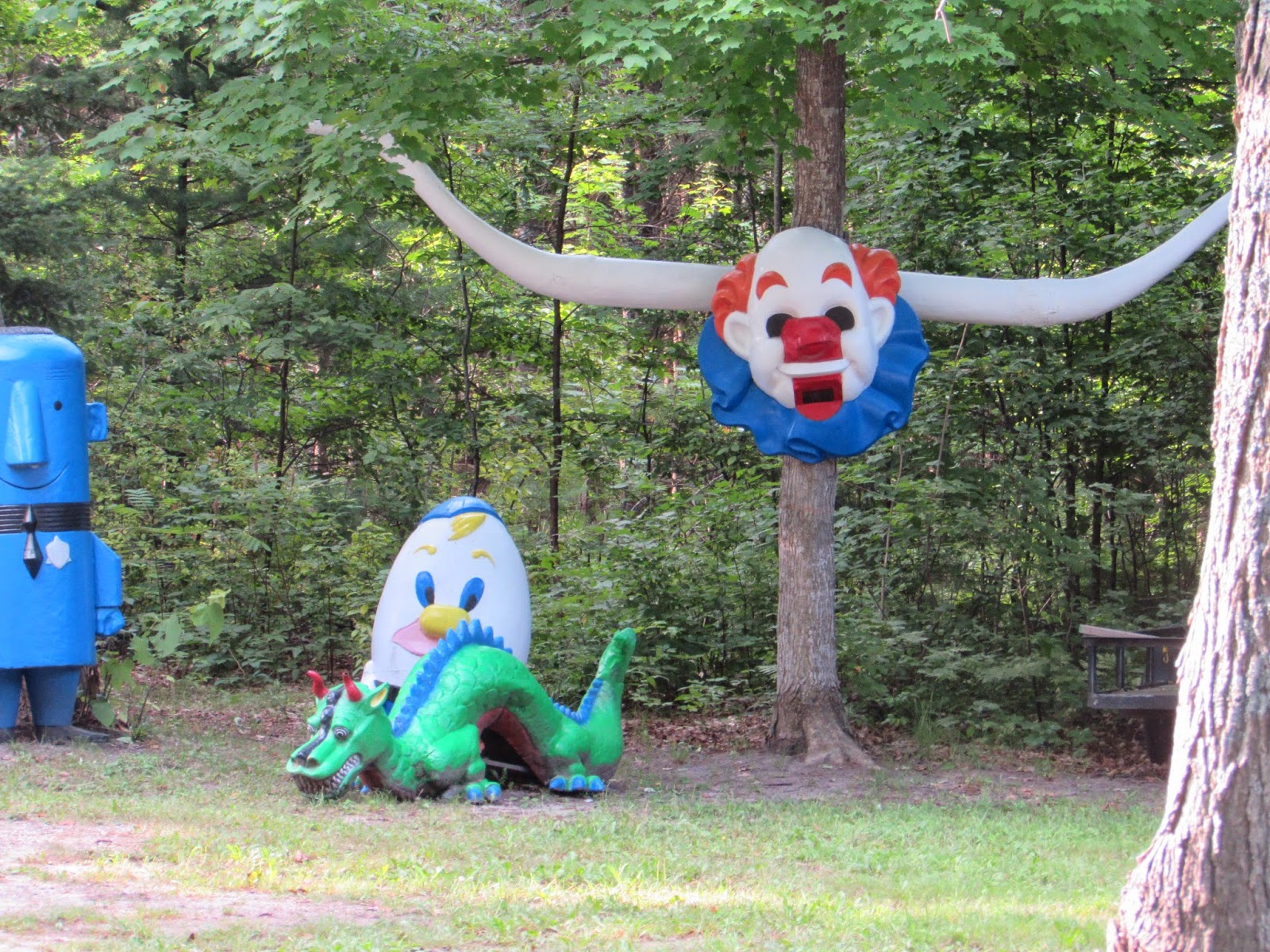 I don't even have words for this particular horror. What the hell, man!?!?!? 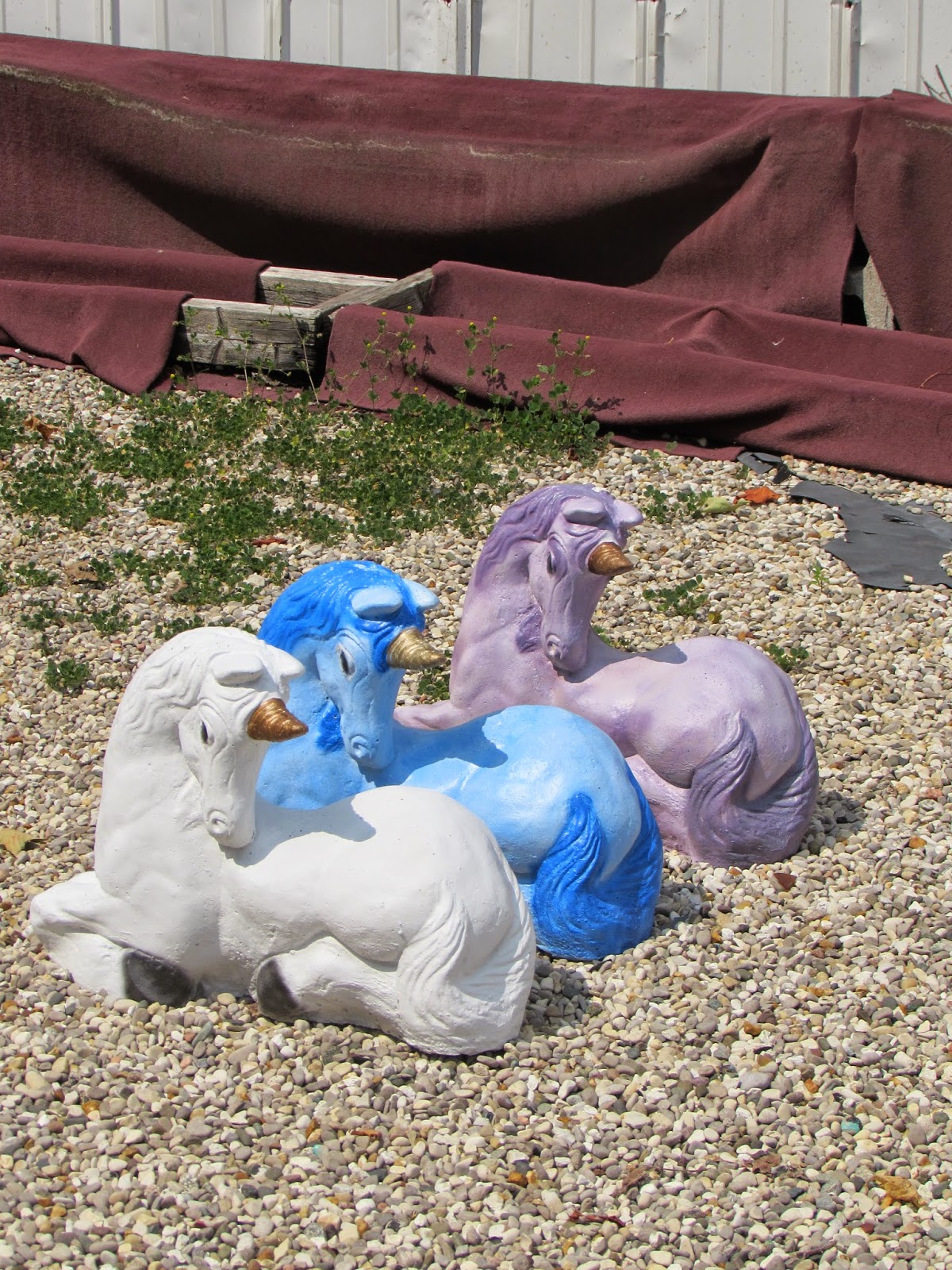 You can't have a tasteless statuary collection without a heard of pastel unicorns. 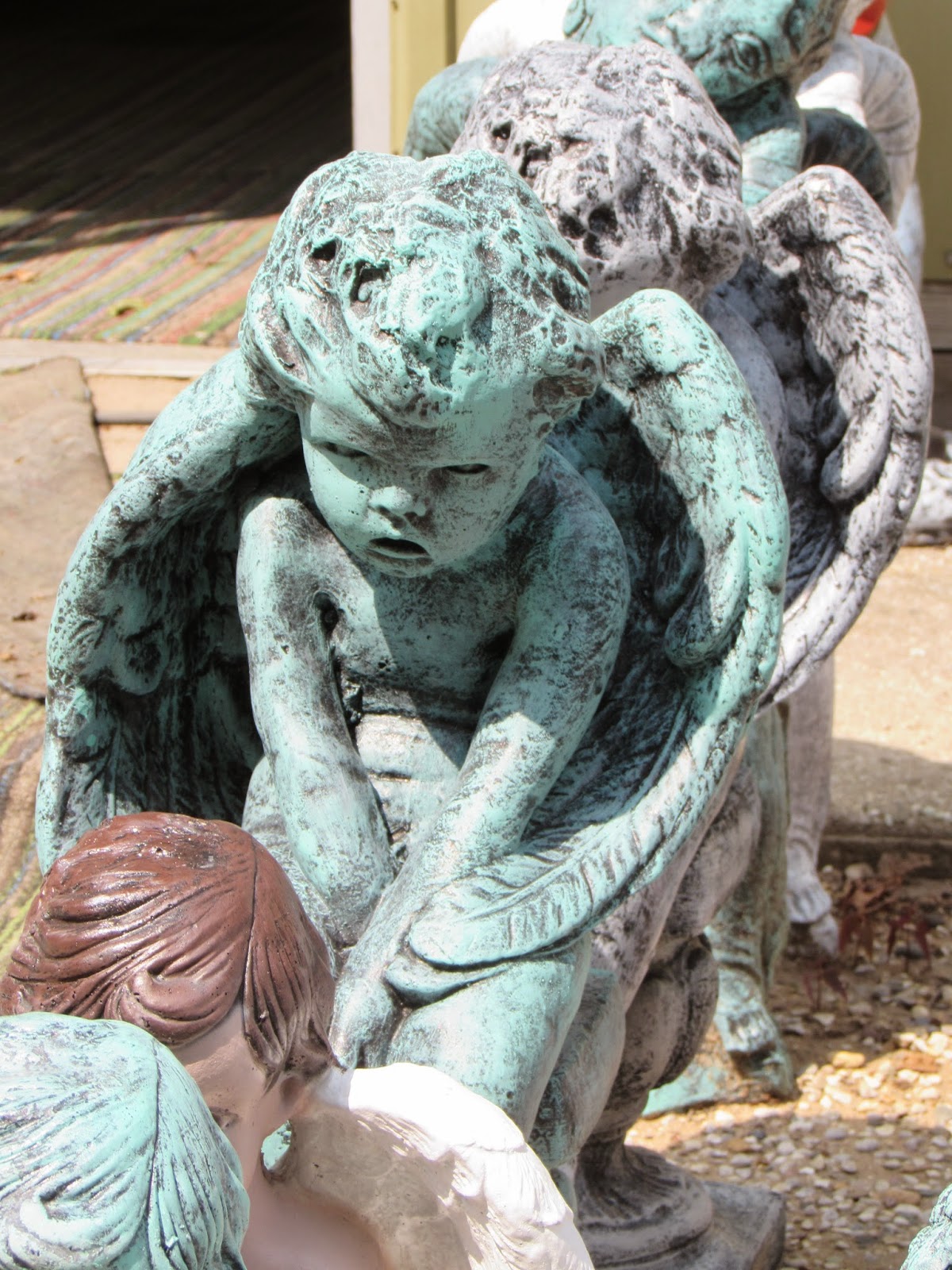 This is an incredibly petulant angel. 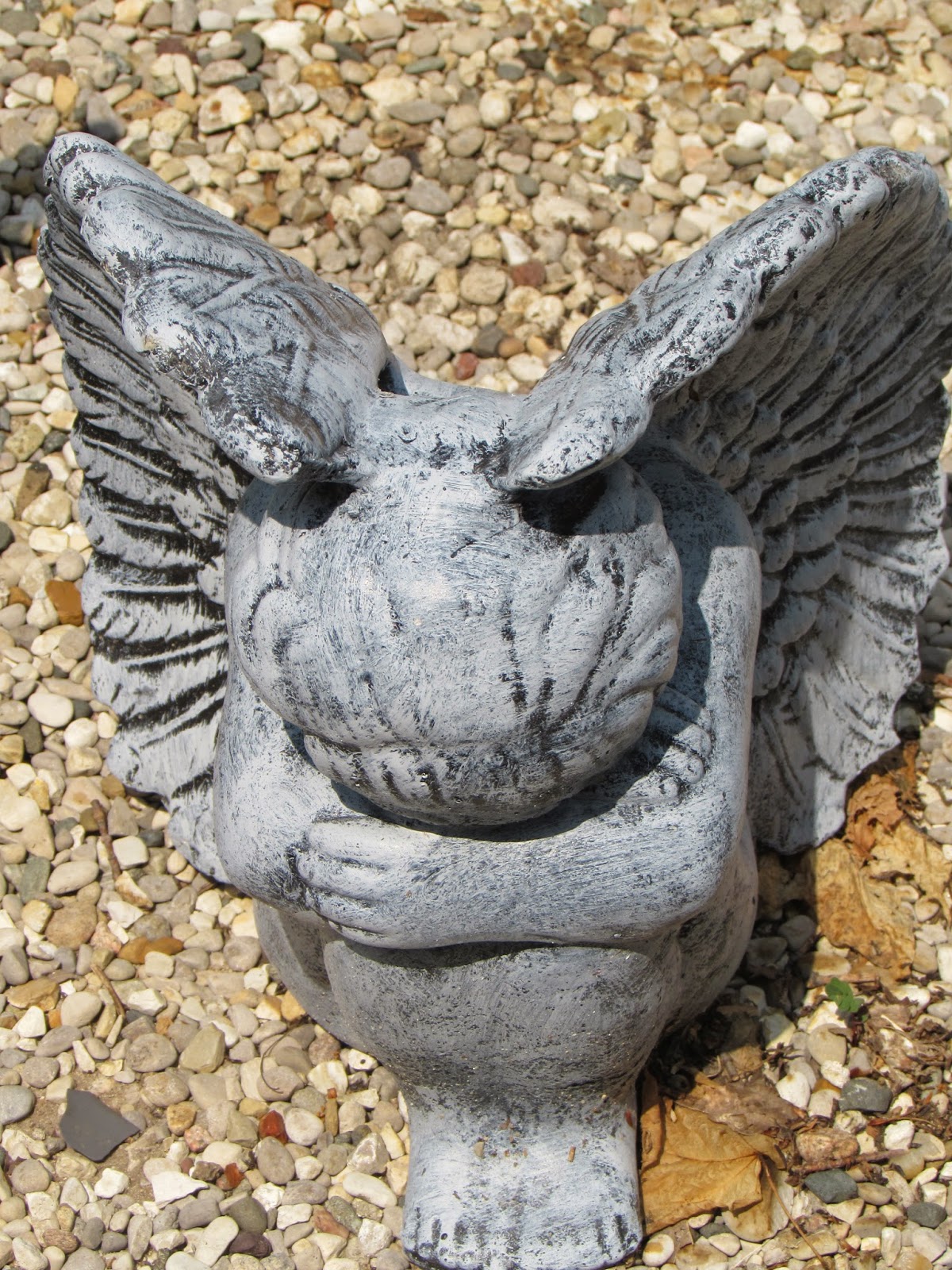 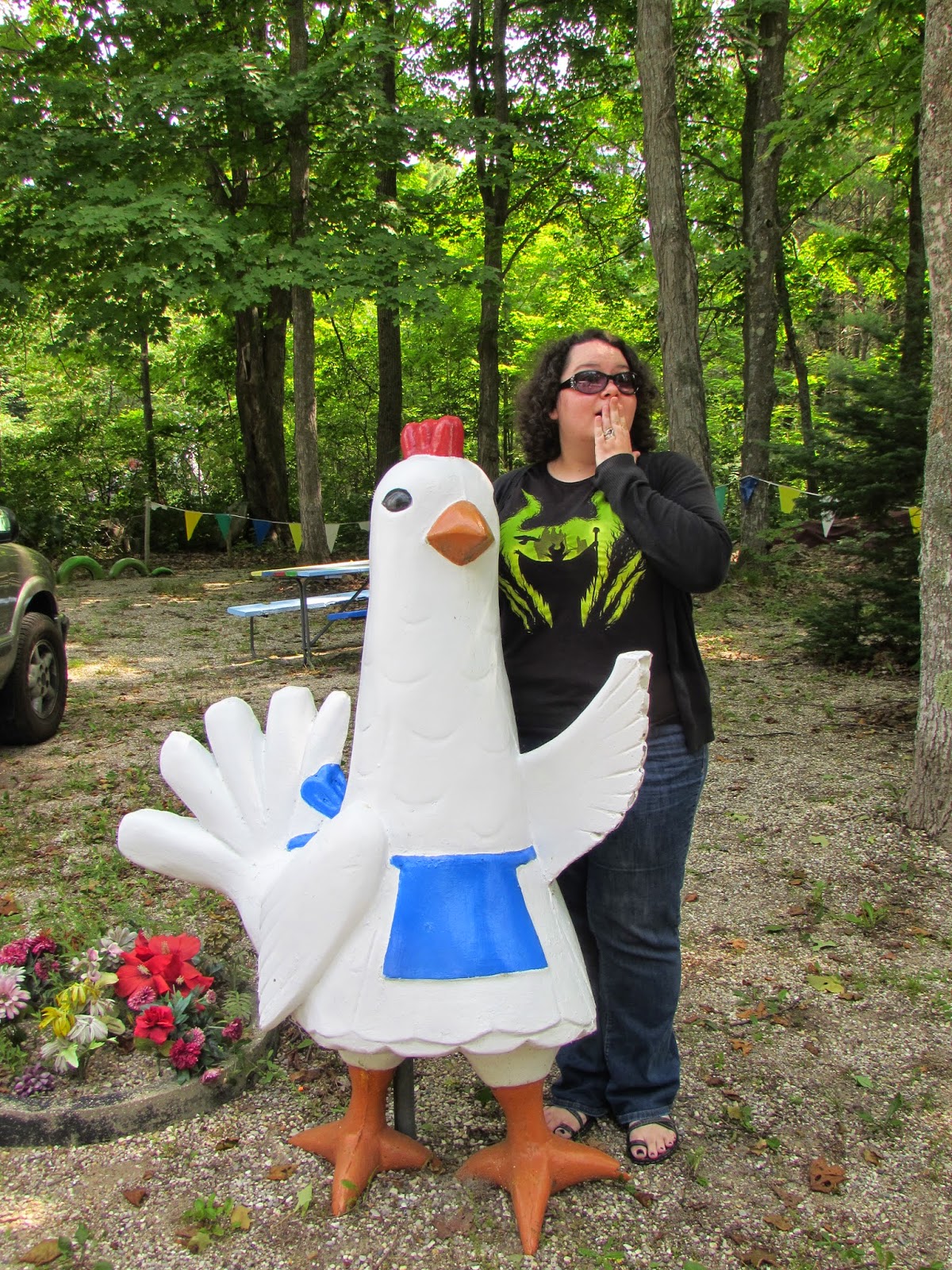 My sister and Judgmental Chicken...judging. 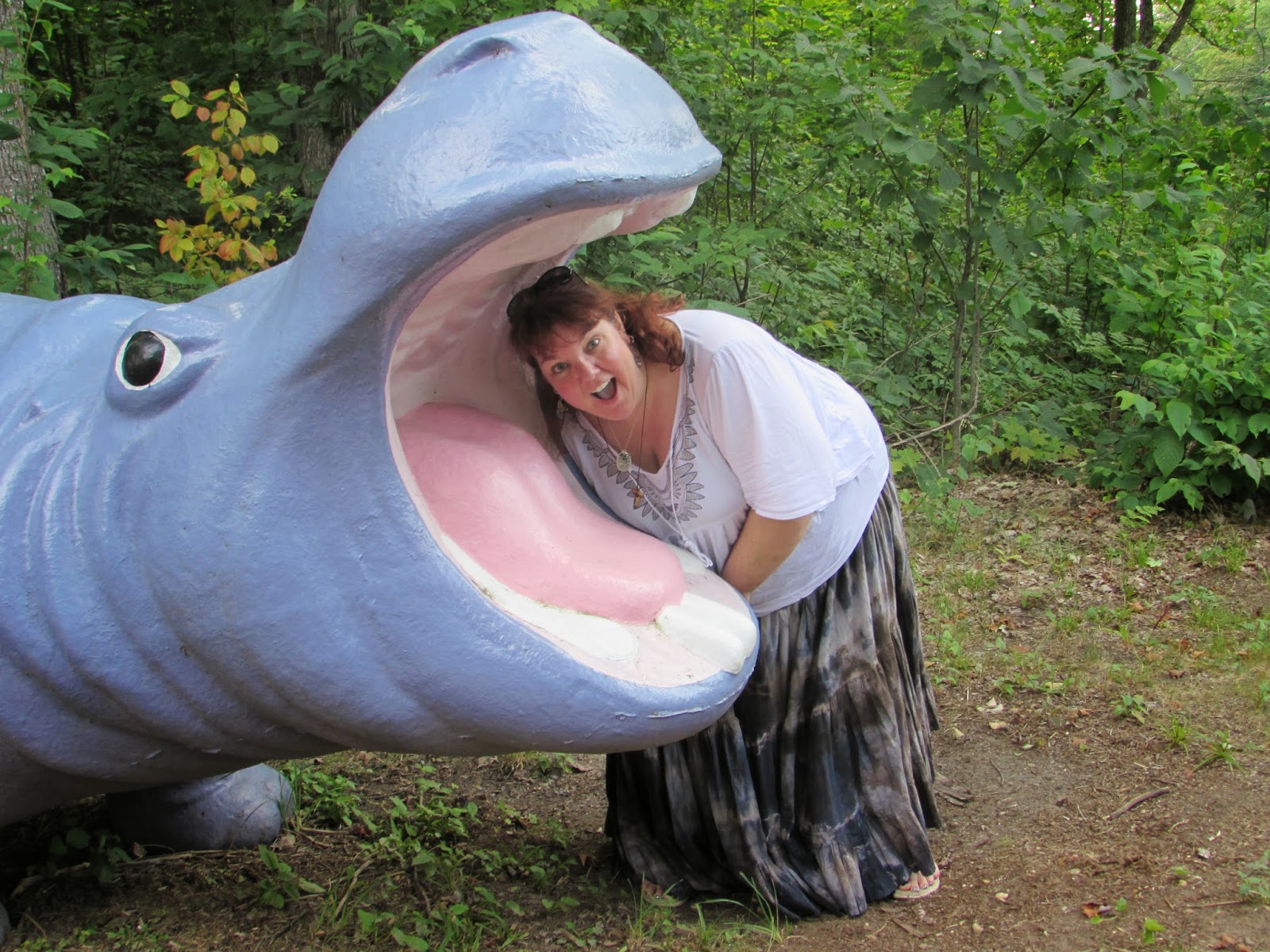 Me, daring the mouth of the hippo. 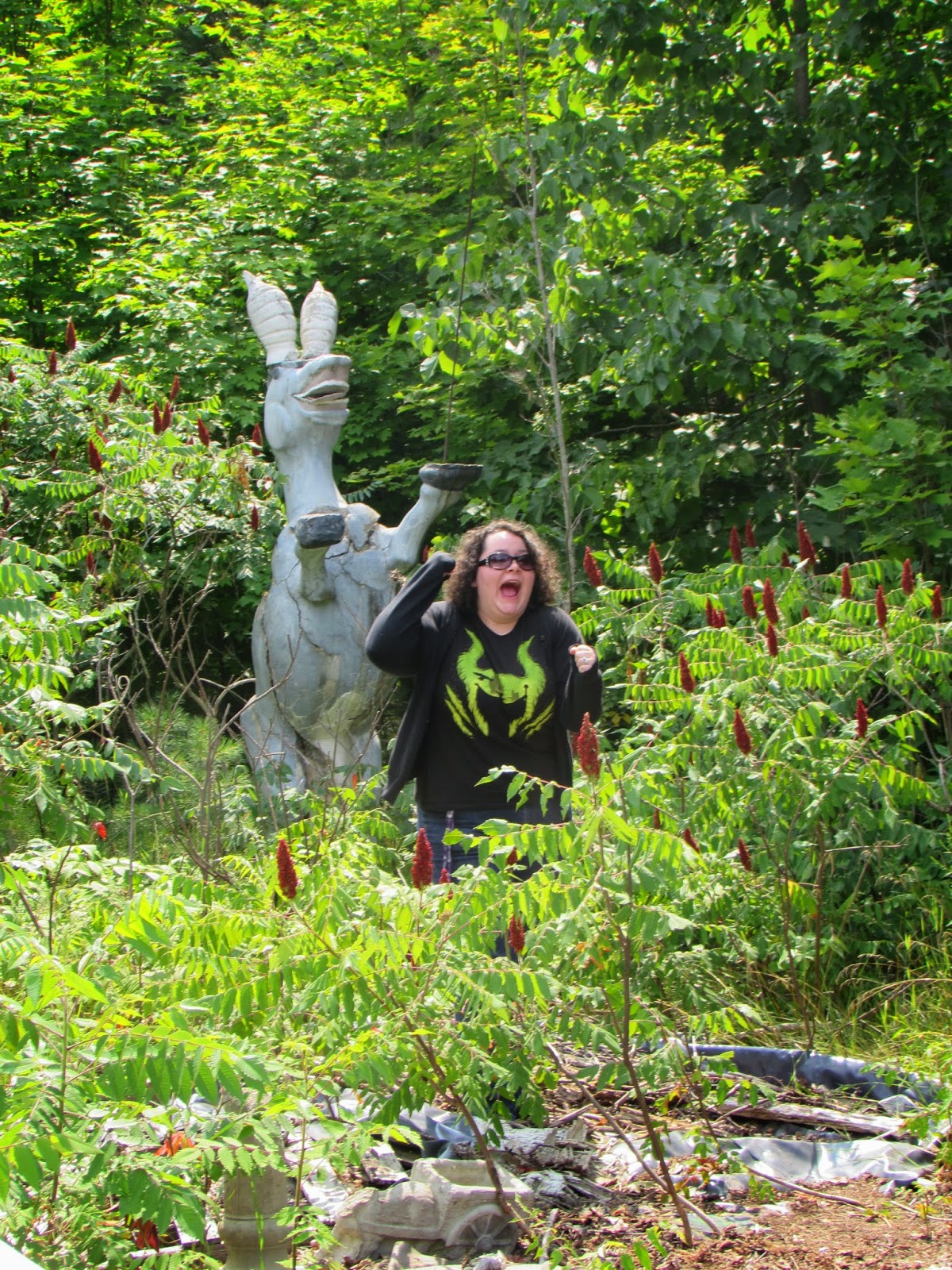 My sister running away (and rightfully so) from the creepyass donkey.

Email ThisBlogThis!Share to TwitterShare to FacebookShare to Pinterest
Labels: It's a Sister Thing, My Sister is the Best One Ever, The Garden of Tasteless Statuary

The Beach - or at least as close as you're going to get to a beach in the Upper Peninsula in winter...

Once upon a time...my husband (then boyfriend) went to college at Michigan Technological University. For those unfamiliar with the vagaries of Michigan, Tech (as it's affectionately known) is waaaaaaaaaaay up near the top of the Upper Peninsula. It's covered with snow and ice from pretty much November until May-ish. It's not unlike the snow planet of Hoth.

So anyway, when he was at school there, he lived with a bunch of other techie/engineer-y/nerdy type guys in a rundown copper mining era house that was once gorgeous and now smelled and looked like decades upon decades of college boys had lived there. That house had been ridden hard and put away wet. Repeatedly.

But there was a room in this house. A special room. A room like no other. It was called The Beach. In a former life, it was probably a closet or a super tiny nursery or maid's room. But when these guys moved in, it became The Beach.

They blocked off the threshold of the room with a couple 2 x 4s, filled the room with sand, taped beach posters and Tropicana tanning oil ads to the wall, mounted an old school carcinogenic sun lamp to the wall and hung a hammock from corner to corner. There was also a bamboo beaded curtain that hung in the doorway. I thought I had a picture of it in an old photo album, but unfortunately, I can't find it.

They loved this room. There was even a beach schedule taped to the hallway wall. If one of the guys wasn't using it, their friends would come and use it in return for beer. People at this school were so desperate for warmth and sunlight that they'd pay for it with booze.

Never have I missed The Beach like I do this winter. I am so sick of snow that I would cheerfully fill a room with sand and sunlamps and just *wallow* for hours. I'm not even a "beach person," but I have to admit. It sounds good right now. Of course, the cats would probably like it, too. But for entirely different reasons.
Posted by Chris Allen-Riley at 5:23 PM 4 comments:

Email ThisBlogThis!Share to TwitterShare to FacebookShare to Pinterest
Labels: Is It Done Snowing Yet, Michigan Technological University, MTU, The Beach, Winter Blues

I'm guessing that most people in the States can agree that this winter has suuuuuuuuuuuuuuuuucked hard. I know I'm sick of the endless snow. I'm especially tired of getting stuck on my street that rarely gets plowed and if it does, it's the most half-assed plow job ever. Needless to say, I've been a frustrated and more than a little bummed out at the endless snow and gray skies.

I know tons of other people have been, too, so I'm trying to make a point to spread a little love and kindness. Some acts are random and impulsive like smiling at strangers, holding doors, paying for the person behind me at Starbucks or paying a genuine compliment to someone I'm interacting with.

Others are less random - some friends and family members will be receiving little pick-me-ups in the mail. It might be something knitted or drawn or baked - or maybe even a book. I believe kindness begets kindness, and I also believe it's something everyone could use more of in their lives.

My goal for 2014 is at least 100 random and not so random acts of kindness. My hope is that it will spread all around like much needed sunshine. I invite you to smile more - you could change someone's day. 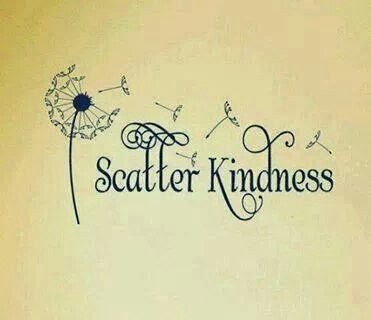