When I was a kid, I loved Grover on Sesame Street.

He wasn't afraid to be silly or scared or even wrong. At one point in my childhood, I was pretty sure I was going to marry him. Yeah, I know.  I didn't quite get that he was a puppet. To me, he was just as real as my friends at school or my brother. I also adored Kermit and Cookie Monster and Oscar, but Grover was always my favorite.

When I was a little older, Jim Henson, one of Sesame Street's puppeteers, brought The Muppets to night time TV and my mom and brother and I fell in love with puppets all over again. It was on the one night she didn't have to work, so we'd watch it together and laugh.

I used to hate that she had to work second shift, so Muppet night was not only full of silliness and fun on the telly, but it was also full of togetherness and cuddles and stories and crafts at home. Not only did I love the Muppets, but I loved what I associated them with.

My love for Henson's puppets and his creative spirit only increased with the releases of Labyrinth and The Dark Crystal which remain two of my favorite movies to this day.

My much younger siblings were born when I was a teenager. I was only too happy to share the Muppets in all their incarnations with them. My brother, Andrew, was particularly enamored with them. We'd make our own puppets and put on shows. He also drew elaborate pictures and comic strips. Some of the characters were Henson's, but more were Andrew's. He was inspired to create his own stories, characters and artwork. It was wonderful to watch his creativity at work.

I remember listening to the news when it was broadcast that Jim Henson had died. I will never forget the expression on Andrew's face. He was young, and this was his first experience with anyone he "knew" dying. And no, he didn't know Jim Henson, but he'd been profoundly affected by the man's work.

I remember he asked us who would take care of Kermit and Gonzo since their dad had died. And he cried. He cried so hard, and so did I. I hated that his little heart was breaking. And I hated that a creative light had left the world.

The broadcaster closed with a quote by Jim Henson. When I was young, my ambition was to be one of the people who made a difference in the world. My hope is to leave the world a little better for having been there.

Andrew climbed on my lap and said, "He did make it better."

And that's one of the things that I think inspires all creative people - the desire, whether verbalized or not, to leave the world a little better place. 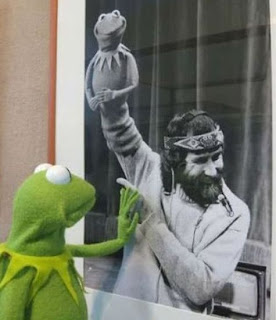 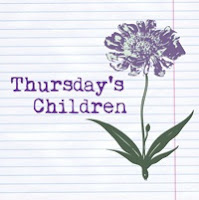 A weekly blog hop where writers
share their inspirations.
Want to join? Here's the Linky: